ICARDA and the Agricultural Research Institute of Afghanistan (ARIA) have released three new Drought-Resistant Wheat Varieties in Afghanistan to help overcome the increasing menace of recurring droughts in the country and help get the agricultural sector back on its feet.

The new varieties, named Mirdad-19, Sharq19, and Jawahir-19, were developed and field-tested through ICARDA’s and ARIA’s intensive research program under the CLAP project of the Ministry of Agriculture in Afghanistan funded by IFAD, and are producing optimum yields in water-scarce environments and showing excellent performance under supplementary irrigation conditions (2-3 irrigations). These varieties are also resistant to yellow rust disease which causes significant yield loss in the region.

ICARDA, part of the global CGIAR agricultural innovation network, researches and releases adapted crops that grow well under stress conditions such as high levels of heat, regular droughts, and acute water scarcity are a game-changer in vulnerable dry countries like Afghanistan, disproportionally affected by climate change. The new wheat varieties can potentially increase the production of wheat in water-scarce regions in the country by 17-18%, saving money that could be used for fungicides and other inputs, bolstering the wheat self-sufficiency and agriculture food-systems of Afghanistan, and strengthening food security and resilience of struggling dryland rural communities. 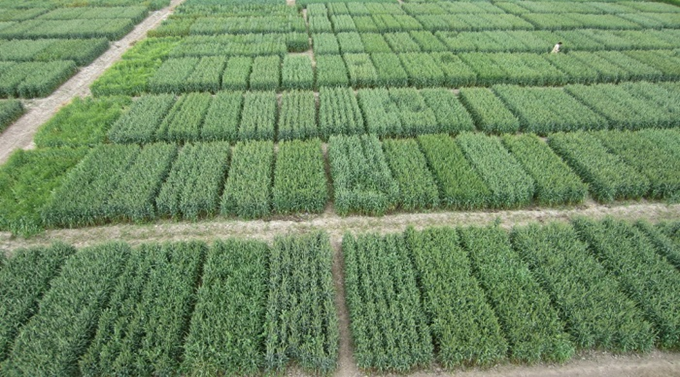 During the past five years, ICARDA has conducted 314 research trials consisting of 8,997 genotypes in 18 agriculture research stations in 13 provinces of Afghanistan, with ARIA covering all the agro-climatic zones of the country. The trials also resulted in the identification of promising lines for wheat, chickpea, mungbean, potato, tomato, and alfalfa, with high performers submitted for future release as new varieties.

“These new wheat varieties come at a critical time in the rebuilding of Afghanistan’s food systems. With drought and heat events becoming more common because of climate change, it is these essential climate-resistant crops that will help build the foundations of livelihood resilience of rural farmers in our drier regions” – Dr. Anwarul Haq Ahady, Nominee and Minister of MAIL, Govt of Afghanistan.

Several regions of Afghanistan experience an arid continental climate with hot summer, cold winter, and minimal rainfall. Due to the country’s geographical location and climatic conditions, in addition to intensifying climate change, droughts in Afghanistan are becoming more recurrent. Such droughts are a grave threat with a significantly negative economic and social impact on farmers’ welfare, agricultural production, food security, and the national economy, already affected by conflicts and regional unrest over the last decades. Around 30 wheat varieties are registered in the country, yet a large number depend on irrigation, leaving the farming community exposed to water-scarce, drought-affected seasons.

“These released verities could be one step towards changing the whole food system in the country”- Mr. Mustafa Hamed Zia, National Program Director, CLAP/SNaPP2 (Govt of Afghanistan). 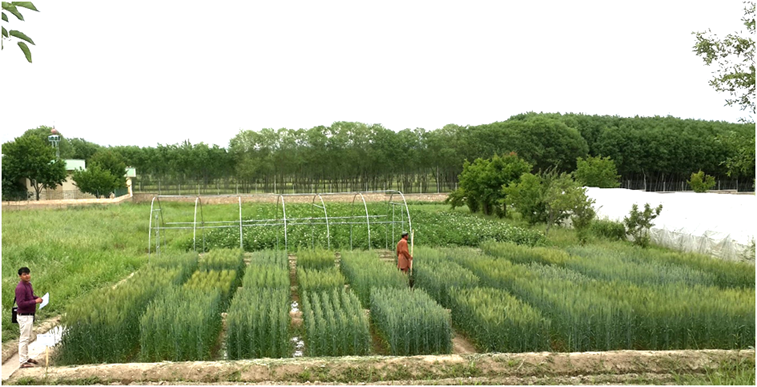 The new varieties should perform well both under rainfed and irrigated conditions all over Afghanistan, including in the drier, drought-affected areas. Rainfed wheat is grown in 1.1 million hectares in water-scarce regions of Afghanistan, and 1.6 million hectares are under irrigated conditions. If farmers cultivate the new varieties in just 30% of both rainfed and irrigated plots, the annual incremental yield and income gain will be 265 thousand metric tons, amounting to 97 million US$, respectively.

ICARDA and ARIA are thankful to MAIL and IFAD for their support, and are incredibly proud to have released these new varieties and have high expectations that their impact will help both food systems and rural farming livelihoods take significant steps towards climate-resilience.

Read more about our Biodiversity and Crop Improvement Program