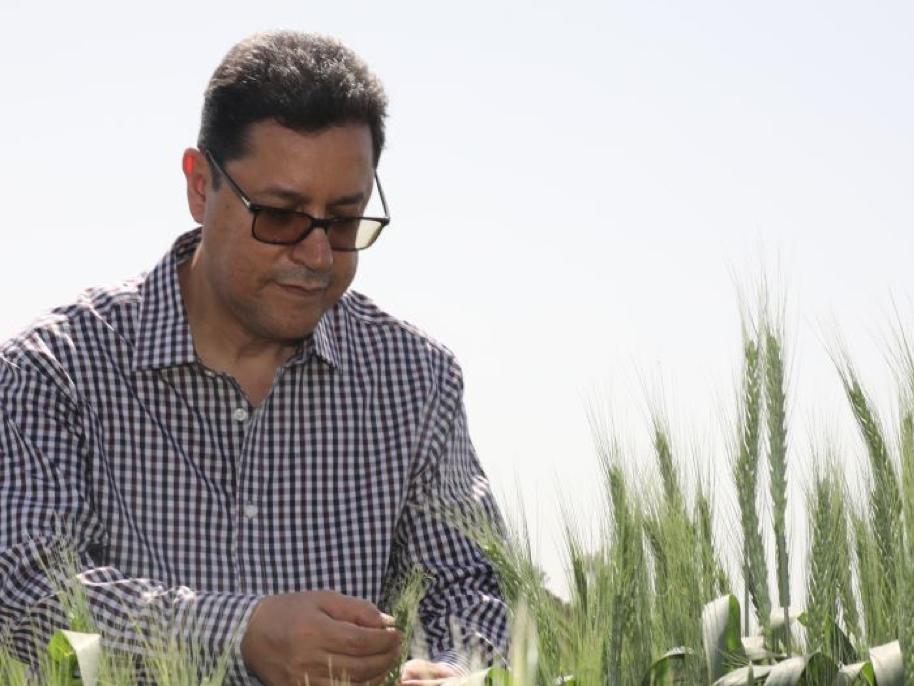 Aly Abousabaa has a 35-year record of high-level strategic leadership of complex sustainable development operations and resources in developing countries.

Previously, Aly worked at AfDB for 22 years where he occupied several leadership, managerial and technical positions of which the last five were as Vice President Operations in charge of Agriculture, Water, Human Development, Governance, and Natural Resources. His work contributed to improving the lives of millions of people in Africa through a diverse portfolio of US$10billion across 30 countries.

He has served on several Boards, including the Congo Basin Forest Fund, The Africa Water Facility, The Governance Trust fund, The Africa Fertilizer Facility, and the Khalifa Date Palm Award. He has established a global network with international partner institutions on development and research matters across five continents, including the Middle East, Africa, Asia, and Europe, and USA.

ICARDA and national partners in Tunisia rolled out an easy-to-use innovation to help female farmers in Tunisia broadcast their seeds and fertilizers while saving money, time, and labor. END_OF_DOCUMENT_TOKEN_TO_BE_REPLACED
August 11, 2021

In Tumultuous Times, Inspiring the Next Generation of Scientists

Here we examine our important agricultural academic capacity-building activities through two distinct, yet harmonious voices: that of a senior ICARDA scientist, and that of the master's student he supervised during the pandemic outbreak.   END_OF_DOCUMENT_TOKEN_TO_BE_REPLACED
August 11, 2021

1.6 million hectares of productive rangelands have been decimated between 2009 and 2018 in central and southern Uzbekistan, costing the country a whopping 6.6 billion USD in ecosystem losses.  END_OF_DOCUMENT_TOKEN_TO_BE_REPLACED
August 02, 2021

'Kolfa' is a brand-new Arabic/French app which provides commodity price information to Tunisian farmers in near real-time. END_OF_DOCUMENT_TOKEN_TO_BE_REPLACED
August 02, 2021