Filippo Bassi (ICARDA) talking to a farmer in Morocco

What would you say is the potential for the expansion in the cultivation of durum wheat in Africa? 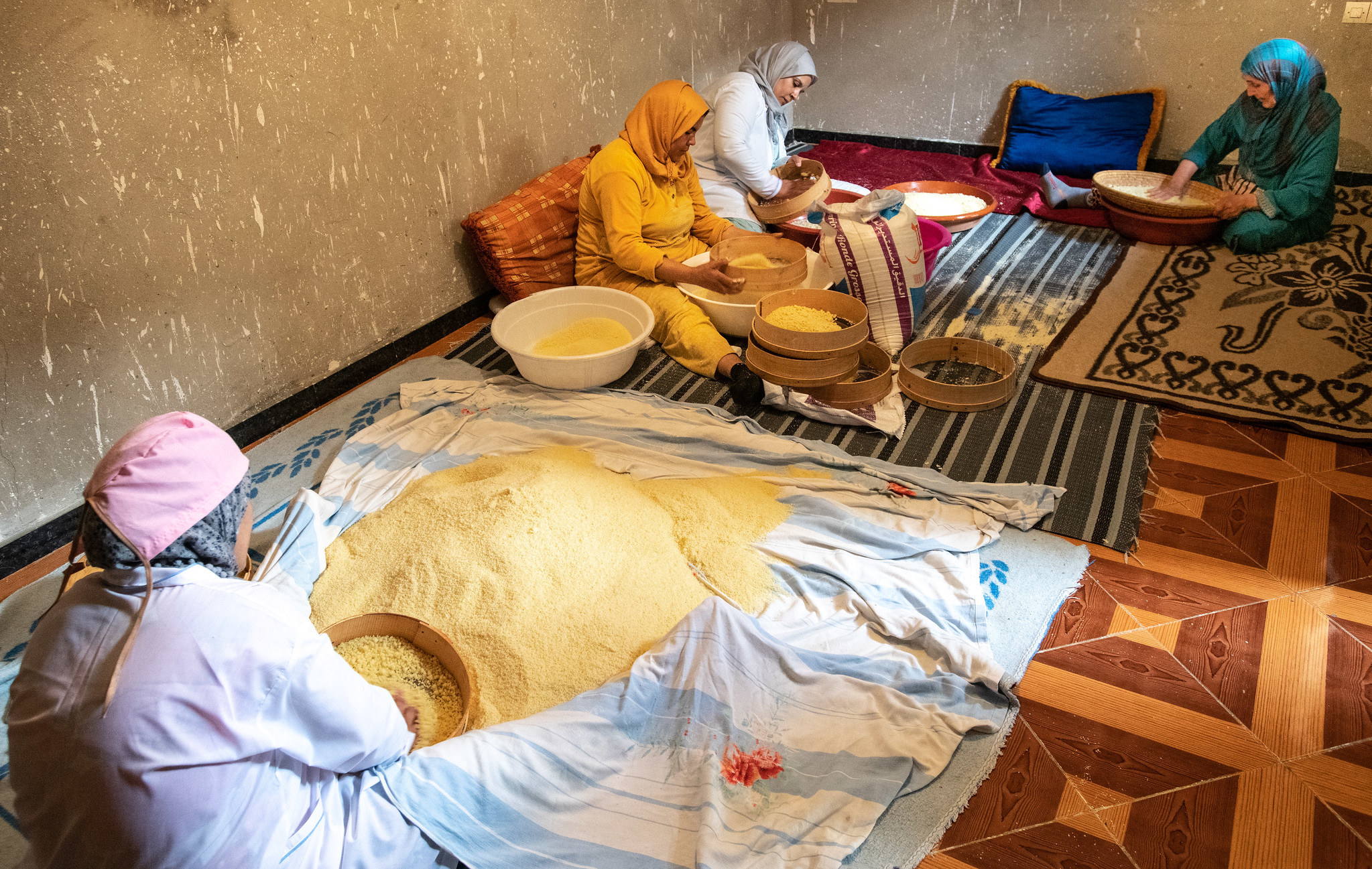 Durum wheat can be grown in many zones of Africa, in some cases replacing bread wheat, but in most cases replacing fallow unproductive seasons as a rotation crop. It would be hard to calculate it in exact numbers, but I would say that it could extend to more than 2 million hectares. It all really depend on the industrial strategy and political support. Growing a new crop requires good support to farmers. Also, the most important aspects of durum cultivation is that it increases the income of farmers (approx. 20% higher price than bread wheat), it helps the food industry to become more competitive instead of relying on imports, and it might generate employment along the value chain. However, most countries still prefer to focus on bread wheat to reduce their import costs. While this is understandable in the short term, the political decision to help the development of durum wheat cultivation could provide a better ROI in the medium and long term, but it will be for each country to make this decision.

What would you say are the main challenges facing the expansion of wheat cultivation in Africa? 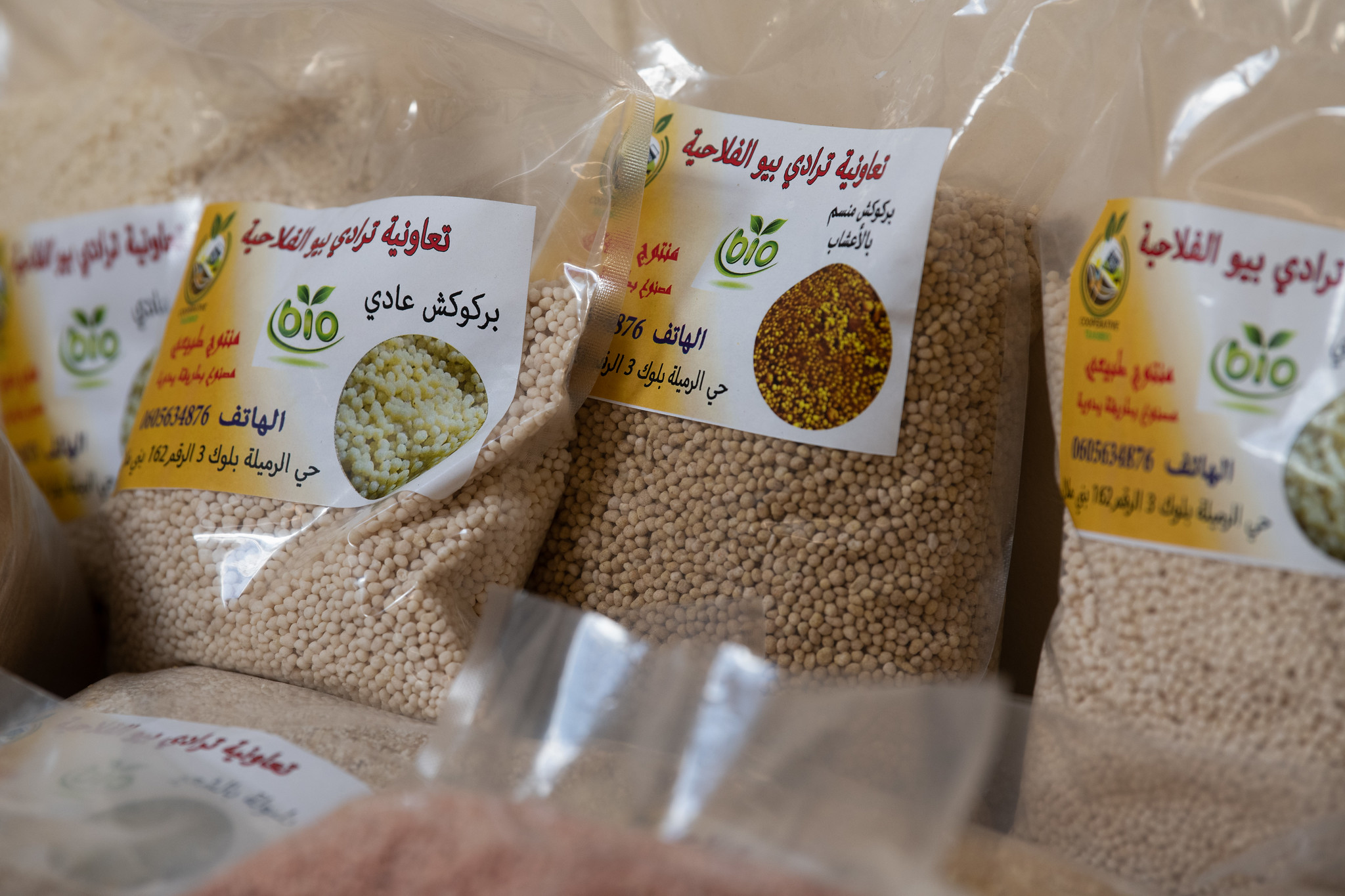 As indicated, there is a general trend toward short term solutions, that typically favor incentives for the cultivation of  bread wheat. While there is value to this strategy, the best possible outcome is just a reduction of the use of the country foreign currency spent in imports, in favor of the use of local currency to pay for subsidies to farmers instead. Durum wheat cultivation well linked to the industry would not require subsidies and could then create a new boost to the market. Other than the political will, the main challenges remain the ability of farmers to cultivate a crop that they have never seen. The US Great Plains have some of the most educated and technologically advanced farmers in the World. Now imagine giving them a coconut tree that withstands the winter frost and ask them to cultivate it. Of course, since they have never cultivated it before the first few years would be hard for them. The same goes for SSA farmers, that have never cultivated wheat before. Extension support and technical guides are necessary to ensure the success of the crop. Still, female farmers in Senegal were able to reach 4.2 tons per ha in their first year of cultivation, so there is good potential for African farmers to adapt their knowledge of rice to wheat. Also, the seeds at the moment are mostly inside research fields. It will require some help to produce good quantities and commercialize them to farmers.

Well, the use of more advanced statistical methods and designs, such as spatial analysis, allowed us to control some of the error at our research farms along the Senegal River and hence we could identified with more precision the best varieties for cultivation. The same goes for machineries and agronomic practices, which allowed to transform very quickly rice farms into wheat-rice farms, especially the small mechanization innovations built in India. On top of that, we have used the latest molecular models to identify the most critical genomic regions controlling heat stress tolerance, and used them to further accelerate our breeding selection, so that the next 10% yield gain will be reached in few years, rather than a decade.

How can these new breeding technologies help in expanding the production of wheat in sub saharan Africa?

Mechanization and agronomy are the true key to expansion of wheat cultivation in SSA. In the case of the Senegal River, there is a turnaround time from harvesting of rice to re-planting of wheat of just 2 weeks, and the same time from harvest of wheat to replanting of rice. Without adequate small-scale mechanization it would be impossible to do so in large scale.
The use of genomic models will instead help us deliver the next round of 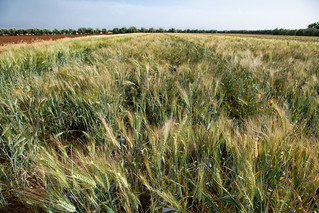 superior cultivars in just few years. There are still several regions of SSA that would not fully benefit from the cultivation of durum wheat. The cost to produce 1 ton is still too high compared to the market price. The more yield per unit of land we can guarantee, the more we can ensure that farmers will adopt this crop instead of the fallow season. The use for instance of genomic selection, a concept that has been “brought” to wheat by scientists of Cornell (such as Jessie Polland (now KSU), Ed Buckler, Mark Sorrels, and Susan McCouch), should allow us to accelerate our annual rate of grain yield increase from approx. 1% to 2%. This means that the next round of great cultivar for SSA with a yield superiority of 10% is expected to reach the farmers before 2025, instead of waiting past 2030.

Does genetic engineering or GMOs for example fit anywhere in the ideas on how new breeding technologies can improve wheat production?

While I am a great supported of GMO and especially Crisp Casp. The widespread ban on this technology in Europe and its imports of wheat has substantially prevented any real advances. As such, there is nothing genetically modified today or in the near horizon that would be beneficial to help against climate change. If the ban was to be lifted I am sure we would see some great things coming through. But at the moment as things stand, I do not foresee any real help from GM technology to adapt wheat to climate change, especially not in the short term. It is a shame because as scientists we have been crippled by this. But we are not politicians, so we need simply to accept and work on “legal” technologies, and try to do our work with a hand tide behind the back.

© 2022 International Center for Agricultural Research in the Dry Areas (ICARDA)