Miguel Sanchez-Garcia at a field day

ICARDA's work on crop breeding modernisation is made possible due to the kind support of the Arab Fund for Economic and social development, the CGIAR Research Program (CRP) on Wheat, CRP Grain Legumes and Dryland Cereals, The Templeton Foundation, and CRP Livestock, among others.

When designing our research, the most significant variable that crop breeders like me consider is how to sustainably increase the productivity and nutritional quality of ICARDA's new varieties to cover the needs of a growing population.

In the Middle East and North Africa region, the population increases by two percent every year, faster than any other global region except Sub-Saharan Africa. We think it will double in the coming 50 years.

Just to maintain the current level of supply, food production will need to increase twofold as well. That’s ambitious, given the current reliance of MENA countries on food imports, along with worsening climate impacts, increasing soil degradation, and diminishing water supplies that, combined, gravely threaten the ability of farmers to produce enough nutritious food.

Many North African countries spend huge amounts of their budgets on wheat imports, often not even covering all their food needs. Money that if enough food of their own was produced, could instead go on health, infrastructure, and other much needed projects.

The reality is that many countries, especially in the Global South, struggle to produce enough food to feed today's populations. It's even more challenging for those with larger populations where competition over land and water is fierce and harsh climatic conditions, like in the MENA region.

In parallel, there is a growing pressure to increase animal feed's productivity, as two-thirds of the planet's arable land produces crops for livestock. As more people eat meat and dairy products, livestock numbers are rising by 2.7 percent a year on the African continent alone.

What is evident across the region is that arable land is scarce and will continue to shrink under various pressures. So, along with better water management, improving soil, and lobbying for policies favorable to innovative solutions, sustainably boosting crop yields without further land expansion is a crucial goal for ICARDA.

The modernization of crop breeding techniques, coupled with technological leaps and the wealth of genetic diversity contained in genebanks, is crucial to achieving more resilient and efficient farms and lessening the reliance on food imports.

But breeding new crop varieties with attractive traits for farmers, consumers, and governments, is a lengthy process and a race against time under the climate crisis. It takes around ten years to release a new crop variety from concept to release, which is frustratingly long.

ICARDA can now produce up to five generations of wheat, barley, or legume crops per year through speed breeding and shorten the period for new variety releases from ten to six years. We accelerate the crop's flowering and maturing process by exposing crops inside a glasshouse to artificial light for long periods. We also screen crops for disease and pest susceptibility early to discard weaker plant genotypes.

Since kicking off three years ago, our pilot speed breeding operation has managed 3,000 plants at a time. Our new screening and breeding infrastructure, which we will complete by the end of the year, will have a capacity of 100,000 plants. And the same protocol can be adapted to all ICARDA mandated crops.

But while a lot of our work appears very technical, farmers and governments are vital to the process. Farmers have clear preferences derived from traditions and market demands for specific plant appearance, color, and end-use quality.  Using their experience and the inputs from national breeders, governments, and international stakeholders, we can deliver highly desirable varieties, that crucially, are sellable. 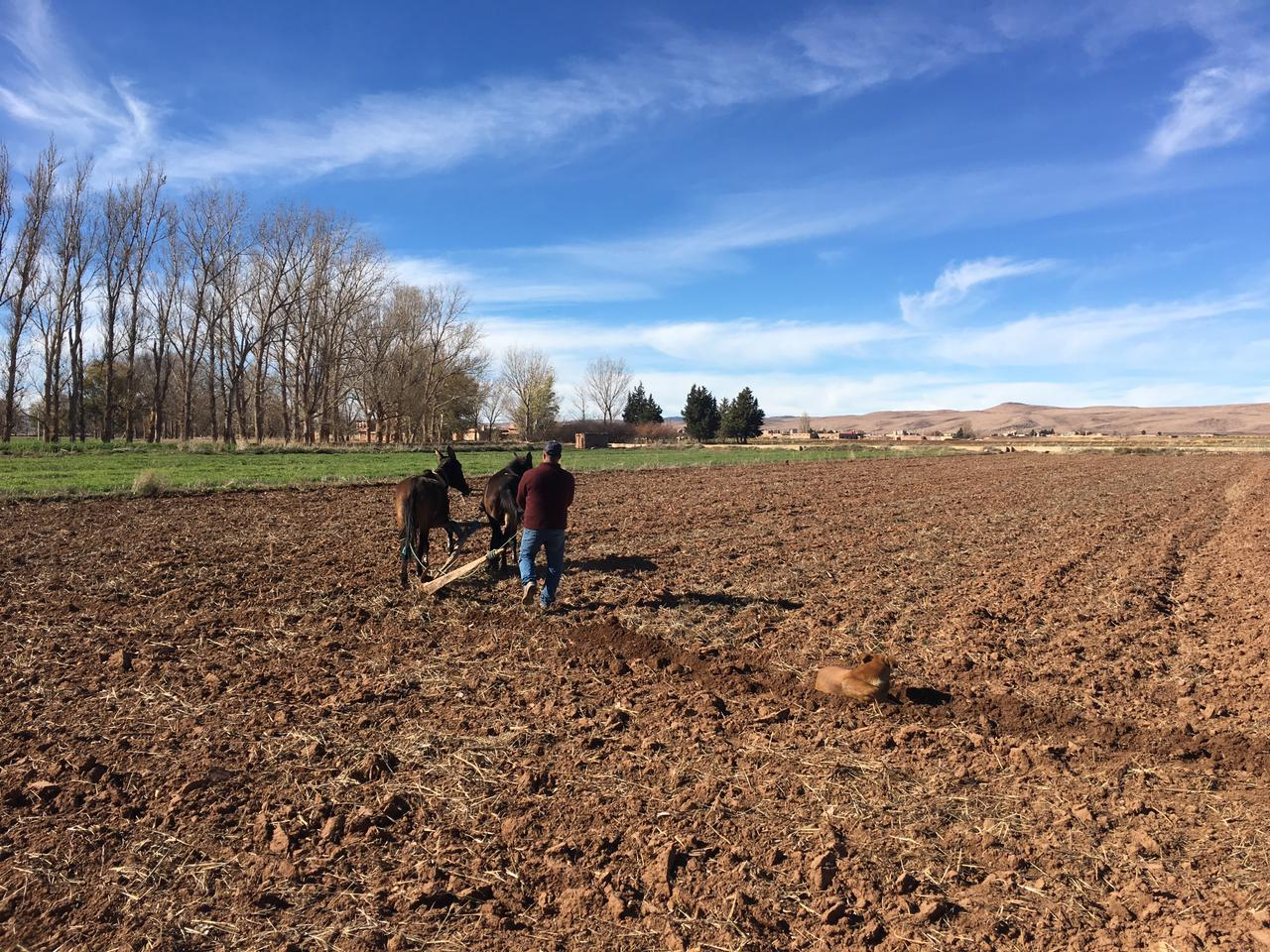 A few years ago, we started working with Haddou Aaziz, a farmer from the tiny village of Guigou in the Atlas Mountains of Morocco. Located 1500 meters above sea level, Guigou is freezing during the winter, and due to its isolation, crops are sold only at local markets.

Proving the superiority of new crop varieties in agronomic conditions that a research station or a large agribusiness cannot replicate is critical for ensuring their future usability.

So together with Haddou, we planted new wheat and barley candidate varieties of ICARDA origin by hand to test their performance under actual farming conditions. He is also helping ICARDA and the Moroccan Agricultural Research Institute (INRA) register these varieties to be available to all farmers in the region.

To ensure the future of food security in the MENA region, all stakeholders must contribute. Scientific solutions can only be viable if the needs and preferences of farmers and value chain actors are incorporated into research. To successfully release new varieties and scale them out to farmers, we need strong, enabling policy environments. We also need the private sector and global development organizations to realize that improved crops are essential to safeguard the long-term food security of tomorrow's populations. In my mind, there are no short-term solutions. To think so only hinders progress.

ICARDA's work on crop breeding modernisation is made possible due to the kind support of the Arab Fund for Economic and social development, the CGIAR Research Program (CRP) on Wheat, CRP Grain Legumes and Dryland Cereals, The Templeton Foundation, and CRP Livestock, among others.

Dr. Sanchez-Garcia is a Crop Breeder at ICARDA