Bezaiet Dessalegn: This is true and I believe that this is due to a number of factors. In many cultures, a woman is still expected to stay home once she is married to raise children and take care of the family.

This directly conflicts with having a full-time career. More specifically, being a scientist or a researcher is a very time-consuming and demanding job, that requires commitment, late nights, working weekends, and a lot of flexibility, especially when experiments do not go as planned, or when a lot of unexpected analysis is needed. In such cases, it can be very difficult to find the right balance between family life and work demands, and still meet cultural expectations as a mother and a wife.

Women can produce the same quality work as their male colleagues, but organizations need to face the reality that generally, women juggle a lot more responsibilities than their male counterparts and need support and flexibility to excel.

BD: For me personally, the greatest support ICARDA has given me is flexibility. Flexibility in terms of working hours has been lifesaving especially when my children were much younger, but also flexibility in allowing me to work on the areas of research that interest me the most, and not putting me in a box. I work in the water group, but I also work on a variety of topics that are linked to water as well. That gives me the freedom to work on and contribute to different kinds of initiatives.

BD: I think this is not necessarily different for women or men.  I believe it mostly comes down to exposure and experience. For a lot of us, it is a step-by-step process while for others, it boils down to personality. If you are placed in an environment that is supportive, that acknowledges your contributions big and small, it will build your confidence in science as in any other field.

Unfortunately, research as a discipline is brutal. No matter how much work you do, if you do not publish regularly, your evaluation within the organization will not be as good.
For a young researcher, male or female, making a name for themselves, finding senior scientists to partner with, to access data, and to come up with novel ideas that are publishable in high impact journals is hard. It takes a long time to engage at that level. Because it is a long process, organizations need to embrace and encourage young scientists on that journey and intentionally work towards building their confidence. 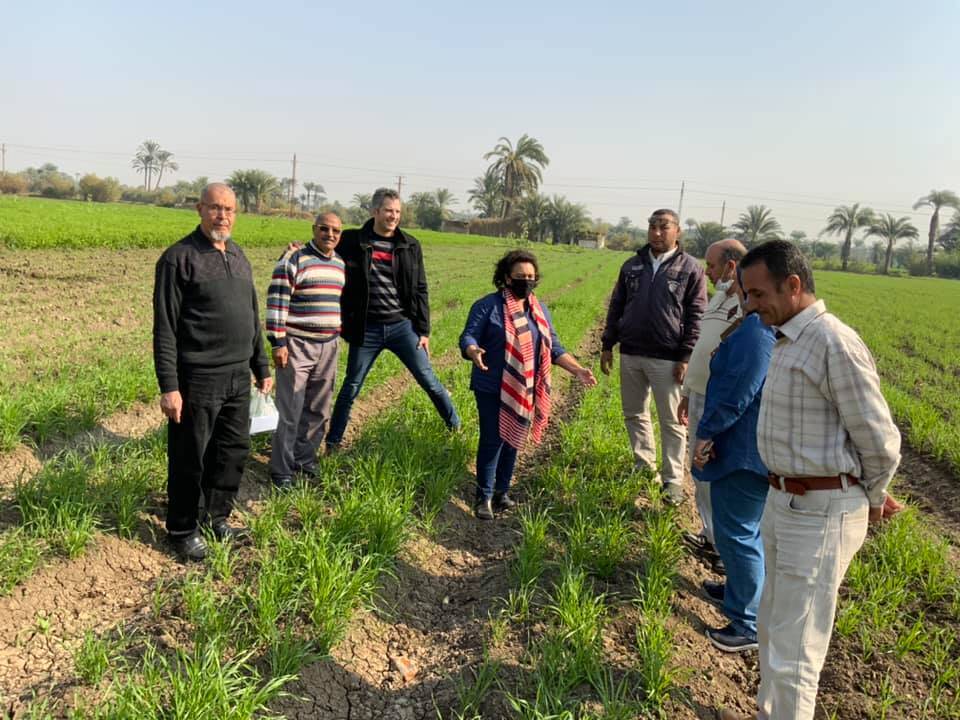 BD: Again, I think we must distinguish the science itself from the profession. Science is gender neutral in the sense that men and women, if given the same opportunity, education, time, and flexibility, can do it equally well. But if you put ordinary men and women with their existing challenges, lifestyles, and expectations, it is no longer neutral. Men and women can work in the same field, but women take on far more responsibilities as they get married, and start having children, and their role begins to extend beyond the core family to include community obligations, etc.

All the while, the workload as a scientist remains the same, and the expectations to deliver, publish papers and manage projects are kept similar to that of men. Therefore, though the science itself is neutral, men and women's ascribed roles and responsibilities present different opportunities and challenges for them to excel as scientists.

BD: My work was indeed disrupted, especially during the initial phase of COVID, with children doing online schooling and the increased demand to meet daily family needs. The flexibility to work from home was indeed a great blessing, but I struggled to find the focus and concentration needed to write and publish.

I also had a couple of projects that were affected by COVID, mainly related to travel restrictions, markets being suspended, and participatory engagement of farmers, and so addressing those challenges and having to continually revise our plans was time consuming and frustrating.

Blocking a few quiet hours to absorb myself in analytical thinking and writing was also very difficult. There were just too many things pulling me in different directions all at once, and suddenly, I had five jobs instead of one.

BD: As a woman, when I go to the field and speak with female farmers, I can see very clearly the workload that they have. And I know the kind of questions I should be asking them. It is not just about who does what? How? And when? But the questions go deeper - because I want to understand at what cost this activity is done over another. What else are they not doing when they are out here doing the weeding? What benefits do they get in return for this work, what does it mean to them and to their family? What are the gender-specific challenges that they face?

As a woman researcher it is easier to have open discussions with them and learn of their experiences, challenges, and coping strategies. Being a woman researcher also gives you that added perspective and ability to relate to them – which does not come easily or naturally to male researchers.

BD: I worked on a watershed management project in Ethiopia a few years back that was trying to deal with issues of erosion and overall land management systems. I was brought in to mainstream gender into the project. Through discussions with the women, I found out that the long distances they had to walk to collect firewood was a real issue for them. I discovered that the reason why they had to walk so much was because of deforestation activities in the area. Of course, deforestation was one of the main drivers of soil erosion and multiplied the risks of flooding in that area.

We managed to link up with a local NGO to train the women to produce fuel saving stoves, that they manufactured and sold locally. But as this was not a pressing need for men, most were unwilling to spend money to purchase the stoves. For those who could not afford it, we established a ‘stove for work’ program, where anyone in the family could contribute by building terraces and other natural resource management practices that the project was promoting. Not only did this ramp up the protection of their watershed through their labor, but in return for this work, the household received a fuel saving stove. This stove reduced the amount of firewood that needed collecting, the time spent walking, and their exposure to smoke from open fires.

It was a small project, but it was practical, it helped the environment, the women and their families, and the whole development agenda for this area. This project really made me feel that I have made some practical contributions to these communities’ livelihoods.

Bezaiet Dessalegn is a social scientist with ICARDA’s Integrated Water and Land Management Research Program. She has over 15 years of experience in development with a focus on food security, agriculture and rural development, and mainstreaming gender in research. Dessalegn currently manages the USAID-funded Water and Livelihoods Initiative, which operates in seven Middle Eastern countries: Egypt, Iraq, Jordan, Lebanon, West Bank, Tunisia, and Yemen. She also serves as a gender focal point. She holds a master’s degree in international development and social change from Clark University in Massachusetts, and a second master’s in international relations from Purdue University in Indiana.