Dina Najjar: While doing my master’s thesis on farmers’ field schools in Kenya, I found out that I had a keen interest in gender equality and how it can be achieved practically. The gender dynamics were uncanny: women would be sitting at the back, and even though most participants were in fact women, all facilitators were men. I researched the gender and learning outcomes of the field schools, not only in technical terms, but also through ‘communicative learning,’ which investigates gender roles and inheritance.

Those mixed-gender field schools provided a rare opportunity for men and women to share the same room and learn about each other, in a culture that mostly keeps them apart. This experience in Kenya was determinant in choosing gender science, and I went on to do my PhD on women land rights in Egypt.

DN: I think there are a few reasons for this gender imbalance. First, most people perceive the field of agricultural research as necessarily leading to studying seeds, technology, livestock breeding or conservation. However, there is a large space for ‘soft sciences’ as well, which investigate rural gender dynamics, policies, and social inequalities - a dimension that is gravely overlooked in Middle Eastern universities. It is easier to find a barley breeder in Morocco than a social scientist working on agriculture. These disciplines are invisible, and marginalized.

Secondly, in Lebanon, Sudan, Egypt, I assure you that there are way more women than men graduating with a Bachelor of Science in agriculture. But high-level positions in an international organization like ICARDA draw from candidates who are the top of their field. So in order to compete, you need to get the best education and mentoring available to provide you with the skills to write and publish.

Overwhelmingly, these universities are in Europe or North America, which can be a problem for aspiring female scientists coming from more traditional backgrounds. The last aspect that I find important is role models: having more women in leadership positions shows other women in the organization that it can be done. If I see that female scientists within ICARDA can climb the ladder and progress, that is a very good sign.

DN: ICARDA supported me in immense ways…but let me try to put it into words. When I first joined the organization, my boss was extremely generous with his time, and would meet with me for two hours every day. ICARDA has also supported me by presenting me with big challenges, such as managing projects across different countries.

I went from working on 10 Egyptian villages in two governorates, to managing a project across 10 countries. It was terrifying, but made me grow and learn a lot. Those challenges, and the responsibility they entail, have been the engine of my career development.

The other crucial component ICARDA gave me was the freedom to build a thriving local and international network, and the chance to have a great impact on the communities I work with. 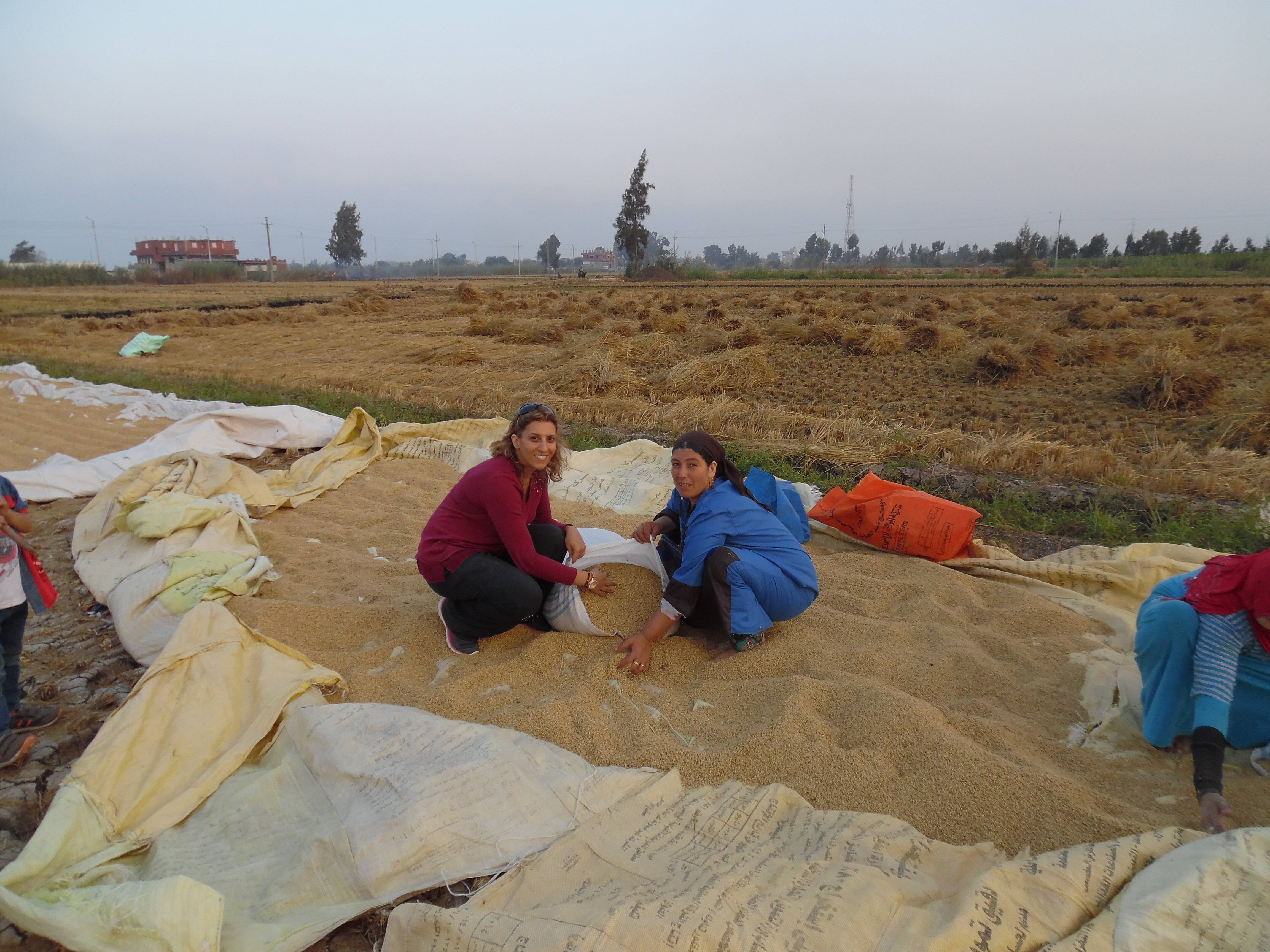 DN: I am guessing that you assume that gender neutrality is a good thing, am I right? I do not think that we are going to achieve inclusiveness, overcome the pay gap and the dearth of female representation at leadership levels by being gender neutral. The issues that female scientists face are different from their male peers. What we need to be is to be purposeful, gender aware, gender responsive, even gender transformative. Many women struggle with low self-confidence and assertiveness levels, and partly because of this, adopt different leadership styles.

Maternity leave and flexible work time are also key: a woman should not be asked whether she is going to prioritize her family over her work. We had an internal training on gender diversity which highlighted the unconscious biases that we have, such as the assumption that women are weaker at fieldwork. This is completely absurd! As an anthropologist, fieldwork is at the core of my work. I have done 80 times more fieldwork than most of my male colleagues. In my opinion, the frequency with which one does fieldwork has far more to do with one’s discipline than one’s gender.

DN: I am acutely aware of the ways in which COVID-19 has deepened the gap between male and female scientists. Luckily or not, as a single woman with no children, the pandemic has offered me a research opportunity. I investigated the impacts of the pandemic in a holistic way: on crops, livestock, labor, health and well-being, water access and so on.

The study we conducted in Egypt and Tunisia revealed that women’s livelihoods, which mostly revolve around livestock and dairy production, were harshly hit by the pandemic restrictions. These women sell perishable goods in smaller quantities, and must be at the market frequently, an activity that was made very difficult by the COVID-induced limitations.

We also noticed a flare-up in domestic disputes due to job losses, and found that women were more likely to report conflicts and abuses resulting from increased spending on detergent and cleaning products needed to disinfect all items coming into the house.

DN: Absolutely. If you want to hear women’s opinion while on fieldwork, you need to send a female researcher. We need to stop merely capturing the male perspective in our research, and realize that rural women in this region will not easily talk to a male enumerator. And while there can be some perceived safety issues around sending a woman alone to collect data in the field, this can be easily solved by sending two side by side to conduct the interviews, focus group discussions, and gather information.

This is the only way for us to produce sex-disaggregated data and recommend policies able to support all household members. Because ignoring female voices and priorities can lead to us recommending policies that might even harm women.

Dina Najjar is a social and gender specialist at the International Center of Agricultural Research in the Dry Areas (ICARDA). Socio-cultural anthropologist by training, she focuses on the link between gender equality and policies; agricultural technologies and delivery systems; rural employment and migration; adaption to climate change and productive assets, including access to land and ownership, in the MENA region. Her geographical expertise includes Egypt, Jordan, Morocco, Algeria, Tunisia, and Sudan. She has also conducted research in Uzbekistan, Kenya, Ethiopia, and India. She is fluent in Arabic and is proficient in French, and Swahili. She received her Ph.D. in anthropology from the University of Western Ontario, Canada.