On International Day for Biological Diversity we reflect on the progress of ICARDA’s new decentralized genebank architecture. A response to conflict in Syria, this approach is now strengthening the conservation of plant genetic material and enhancing the development of improved climate-resilient crops.

Conflict in Syria raised serious concerns about the survival of ICARDA’s genebank in Aleppo. Its loss would have represented not only a loss for the Center, but for mankind and the world’s increasingly fragile biodiversity: the genebank hosts one of the world’s largest collections of landraces and wild relatives of major winter cereals, food legumes, forage, and rangeland species.

Many of the 154,000 samples it holds in trust have been collected from the Fertile Crescent in West Asia, the Abyssinian Highlands in Ethiopia, and the Nile Valley, where the earliest crop development practices were first recorded. Many are now extinct in their natural habitats.
These vital resources provide the essential building blocks of improved climate-resilient crops – our best chance of enhancing food security while coping with the adverse impacts of climate change: drought, extreme temperatures, and the emergence of pests and disease in new locations.

Initially, as a safe-keeping measure, the Center sent some 116,484 accessions to the Svalbard Seed Vault in 2014, a secure seed storage facility located 1330 kilometers south of the North Pole, buried deep beneath thick rock and Arctic Permafrost. 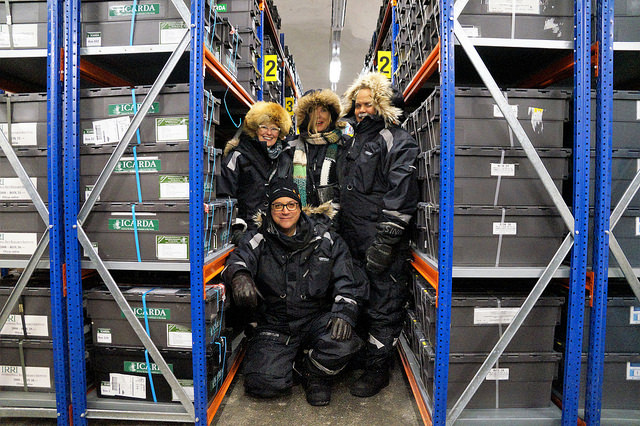 In October 2015, ICARDA became the first organization in history to withdraw seed from the vault, and subsequently invested significant efforts in reconstituting its collection in new locations: developing and expanding new facilities and laboratories in Morocco and Lebanon, including a new genebank at Lebanon’s Terbol Research Station. In addition to accessions in Svalbard and the genebanks of international partners, there are now some 35,000 samples stored collectively in both countries.

The new genebank infrastructure has not only added an additional layer of security, but also enhanced access to ICARDA’s precious plant genetic resources. This decentralized approach improves the efficiency of the Center’s seed distribution systems, potentially increasing the 25,000 samples that are already sent to requesters each year.

While ICARDA’s decentralized strategy has posed many challenges, the progress made demonstrates that the Center’s seed conservation and distribution services are resilient and that this core activity is secure. National and international breeding programs can therefore continue to rely on ICARDA’s plant genetic material – and dryland farmers will continue to reap the benefits of climate-resilient crops and higher, more stable yields.

“ICARDA was the first organization to retrieve seed from the Svalbard Vault,” comments the Center’s Director General, Mr. Aly Abousaaba. “But, last year we were also the first organization to demonstrate that material stored in the Vault can be returned and regenerated safely. On International Day for Biological Diversity we can reflect on this significant achievement and continue to offer the support that countries, communities and farmers need to raise their productivity against a backdrop of rapid climate change.”