ICARDA’s project “Deployment of Molecular Durum Breeding to the Senegal Basin: Capacity Building to Face Global Warming” has been awarded the 2017 Olam Prize for Innovation in Food Security.

Led by Dr. Filippo M.Y. Bassi, and funded by the Swedish Research Council, the project launched in early 2014 and developed super-early and heat tolerant top quality durum wheat cultivars, which were introduced to land left fallow by rice farmers during winter months (December to March). The Senegal River provides irrigation water to over 200,000 hectares (ha) of rice cultivation within its basin (encompassing Mali, Mauritania, Senegal and Guinea). When tested in the Senegal River Valley, the new wheat varieties yielded over 3 tons per hectare (t/ha) in just 90 days. Once up-scaled, estimates suggest the varieties could yield 600,000 tons of new food, or an estimated 180 million euros in extra revenue for smallholder farmers without affecting rice production. 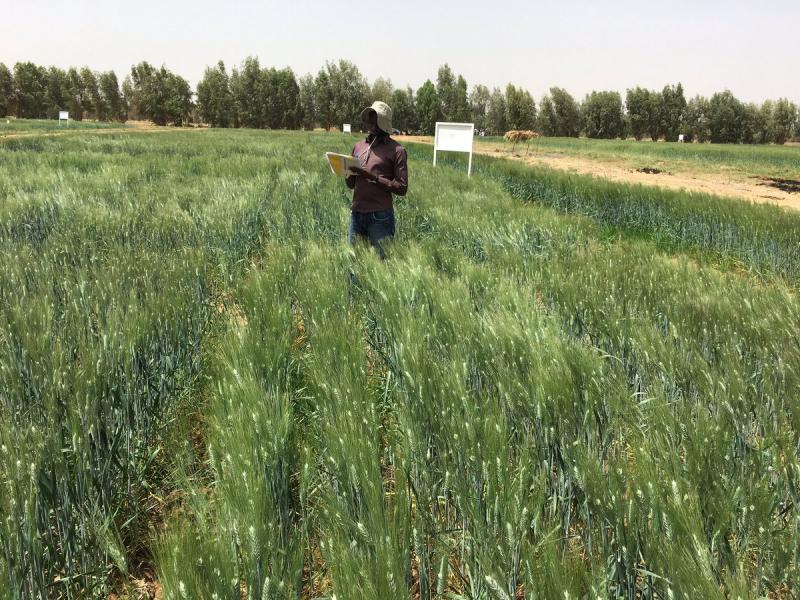 The Olam Prize recognizes an innovative scientific research project for its potential impact on the availability, affordability, accessibility and adequacy of food. It provides USD 50,000 in funding to support a project’s further development.

“This prize is a recognition of the hard work carried out with partners in Mauritania and Senegal in the last four years, under conditions that haven’t always been easy,” Dr. Bassi said. “It is also a recognition of the somewhat crazy vision that we had five years ago to grow durum wheat at 40°C in the Savannah along the Senegal River.”

Dr. Bassi added that many were dubious of this idea until the Swedish Research Council invested in it. The next steps, he said, are to entice the pasta and couscous industry to purchase durum grains from the Savannah, and teach rice farmers how to grow durum effectively.

Dr. Bassi intends to use the funds given through the Olam Prize to help in this process - through increased visibility and awareness, and efforts to bring all actors along the value chain together.

Olam International, headquartered in Singapore, is a leading agri-business operating across the value chain in 70 countries, supplying various products across 18 platforms to 23,000 customers worldwide.