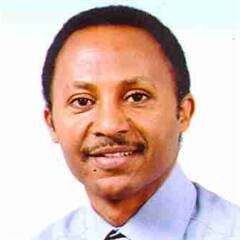 Yigezu joined ICARDA in 2010 as a post-doctoral scientist and was subsequently promoted to become a scientist and finally a senior scientist. His current research portfolios include adoption and impact assessments for the CGIAR Research Program on Wheat (CRP-Wheat) in six countries, estimation of food loss and wastage in each node across the entire wheat value chain in three countries, field experiment using RCT on alternative extension and input service delivery systems, economics of conservation agriculture, estimation of the cost of land degradation, and bio-economic modelling for optimization and sustainable development of mixed crop-livestock production systems. Throughout his career, he has supported research projects in over 16 countries in Africa, Asia, and North America.

Yigezu has published 23 peer-reviewed journal articles, five book chapters, six working papers in numbered series, 25 conference proceedings, and over 30 project reports. Yigezu has also co-edited a book and has many manuscripts currently under review with ISI journals and in the pipeline. In the last eight years alone, he has raised over US$3.61 million in research funding.

Yigezu holds a Ph.D. degree in agricultural economics from Purdue University in the United States where he also got his master’s degree. His quantitative skills include mathematical programming, stochastic dynamic programming, computable general equilibrium (CGE), and econometrics. Before his graduate studies, Yigezu worked for 14 years – 10 years with the government of Ethiopia, two years with a children welfare organization, and two years with a research organization.

Current land use trends show an increasing preference for monocropping – mostly a consequence of policies and incentives aimed at enhancing the intensification of cereals. This shift has caused some to question whether legume–cereal rotations can...

Where in the value chain are we losing the most food? The case of wheat in Jordan

Efforts to increase global food supply through increased productivity and intensity of cropping are well documented. However, the literature on measurement of food losses and wastage and techniques to reduce them is scanty. This study aimed at...

Past research found agricultural producers’ conditional responses during the growing season are important adaptations to weather and other stochastic events. Failing to recognize these responses overstates the risks confronting producers and...

Identification of strategies to improve goat marketing in the lowlands of Ethiopia: a hedonic price analysis

This article aims at identifying factors that determine market prices of goats and analyse potential mechanisms by which smallholder goat producers could maximize their benefits. Data on 357 farm households and 2103 goat transactions were collected...

Is DNA Fingerprinting the Gold Standard for Estimation of Adoption and Impacts? A Case of Lentils in Bangladesh

In the early 1980s, disease susceptibility in short-season lentil landraces began to limit productivity in areas where relay cropping took place in Bangladesh. Since then, several improved high-yielding lentil varieties, which are resistant to rust...

This paper argues and provides empirical evidence that trade-offs and/or complementarities are
inherent in technological options that shape the adoption of and land-use decisions in production
systems involving multiple crops in Ethiopia. By applying...

Dual-purpose (DP) management of cereals holds promise to reduce the feed gap and to better integrate crop and livestock systems especially in drylands where forage deficit is severe. However, there is limited information on which cereal species and...

Low and slow adoption of improved agricultural technologies among smallholders often frustrate technology development and promotion efforts in the developing world. That is especially true for technologies requiring high initial investment. This...

This book, Political Economy of the Wheat Sector in Morocco: Seed Systems, Varietal Adoption, and Impacts, documents the studies conducted on the wheat sector in general. It also documents the wheat seed system, its adoption and impacts in Morocco,...

This paper provides empirical evidence that improved supplemental irrigation
(ISI) can be justified on both environmental and economic grounds. Results
of a stochastic frontier model which explicitly and simultaneously accounts
for technical...

Supplemental feeding of lambs with forage legumes or grains provides a potential option to increase proportion of prime lambs and profitability in intensive pasture-based lamb production systems. A two-year study in the Central Anatolian Region of...

Are Development Projects Pursuing Short-Term Benefits at the Expense of Sustainability?

When evaluated purely on financial grounds, most developmental interventions targeting the livestock sector exhibit a positive impact. This study also provides empirical evidence that a project which provided loans to livestock producers in Syria...

Large-scale mismanagement of natural resources emanating from lack of appropriate policies and reg- ulatory framework is arguably one of the reasons that led to resource degradation and poor livelihoods in many countries in the Middle East and North...

Does Zero Tillage Improve the Livelihoods of Smallholder Cropping Farmers?

The biophysical benefits of zero tillage (ZT) are well documented in the literature.
However, the literature on its economic benefits, especially in the context
of small and medium-scale farmers in the temperate developing world is
scanty. Using a...

Measuring the effectiveness of extension innovations for out-scaling agricultural technologies

Low adoption levels of agricultural technologies undermine the impacts of national and international agricultural research. Using a combination of an ordered logit and Heckman selection models and a case study from an out-scaling program for a barley...

A policy option for valuing irrigation water in the dry areas

Participants at the international conference on policies for water and food security in the dry areas, held in June 2013, agreed that, given the fast pace of depletion of groundwater, the issue of water valuation in the dry areas is no longer one of...

Implications of a shift in irrigation technology on resource use efficiency: A Syrian case

The absence of adequate land leveling coupled with the ill designed traditional furrow irrigation systems
and the poor condition of drainage structures in most Syrian farms are leading to over-irrigation. A stochastic
production frontier and...

ntegrated pest management has proved cost-effective in coping with crop pests. This article identifies characteristics of pests, controls and economic incentives that may make the development of an integrated joint pest management (IJPM) strategy –...