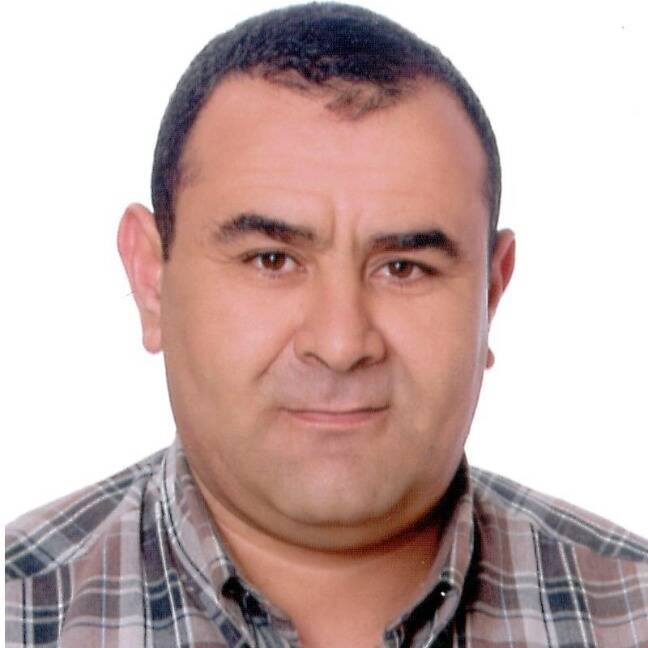 Previously, Dr. Dhehibi served as principal economist at the Quantitative Economic Institute in Vienna and the Ministry of Development and International Cooperation in Tunisia. During this time, he conducted economic and social research related to the impact of policies and economic and social reforms on development objectives. Prior to this, he worked as researcher for the Tunisian government’s Department of Agricultural Economics, conducing analysis on agricultural and economic growth and the effects of trade liberalization on the agricultural sector.

Dr. Dhehibi has authored more than 60 peer-reviewed journal articles and book chapters. He is a recipient of a number of awards, including the 2009 Second Medal Prize for the best research paper given by the Global Development Network on Economics of Natural Resources. He received his Ph.D. in economics from the University of Zaragoza, Spain.

The objective of this paper is to identify prospects for stakeholder cooperation for effective implementation of enhanced rangeland restoration techniques under different land tenure status in Tataouine Governorate of southern Tunisia, through the...

When water scarcity restricts agricultural production, expanding water resources is only one option to
increase or maintain output; investments in research to raise productivity can also release constraints
on growth. In this paper, we construct a...

The objective of this paper is to analyse the olive oil value chain (OVC) in the Governorate of Medenine
(south-east of Tunisia) and the relationships between its main operators for an effective involvement and better performance and resilience of...

Literature is scanty on how public agricultural investments can help reducing the impact of future challenges such as climate change and population pressure on national economies. The objective of this study is to assess the medium and long-term...

The objective of this research study was to assess the sources of information on two improved agricultural and livestock technologies (barley variety and feed blocks) as well as the efficacy of numerous agricultural technology diffusion means...

This study aimed at characterizing the livelihood of communities in term of their assets and opportunities and identifying and describing the corresponding market segment(s), as well as devising a suitable marketing strategy that would ultimately...

Despite the efforts to enhance adoption of innovative technologies (IT) by the Tunisian Government through national and/or international development projects, the potential rate of adoption of these technologies has remained low among farmers. This...

Socioeconomic assessment of no-till in wheat cropping system: a case study in Algeria

This paper aimed at the socioeconomic appraisal of two cropping systems namely no-till and tilled wheat in Sétif region (Algeria). The study based on a sample of 28 adherent farms in an international project of Conservation Agriculture adoption for...

Due to the decrease of household incomes, the increase of food prices, and the negative effects of climate change on agricultural production, Tunisia faces a food insecurity challenge, especially in rural and arid areas. The purpose of our research...

Soil and water conservation technologies (SWCT) are important to farmers, to the research community, as well as to the policy makers, given that declining soil health, and increasing erosion and moisture stress have implications for agricultural...

A stochastic frontier approach is used for analyzing of the environmental impacts of soil salinity in Iraq. An econometric method based on the neoclassical production theory (stochastic frontier analysis) is transformed to enable the definition and...

What Are The Factors Affecting No-Till Adoption In The Farming System Of Sétif Province In Algeria?

Conservation agriculture is a concept which defines different farming systems. Its implementation depends on soil properties, climate and socio-economic considerations. Since two thousands, no-till technology; which is one facet of the conservation...

Power to the partners? Public Private Partnerships (PPPs) as an approach for more pluralistic agricultural extension service in Egypt

Agriculture remains a key and sensitive economic sector in Egypt. Given contemporary geo-political concerns
that limit access to international markets, it continues to remain responsible for the production of food and
fiber needed for a growing...

The main objective of this study is to assess the rate of adoption of innovations introduced by the Arabian
Peninsula Regional Program (APRP) of ICARDA and identify main constraints that limit the adoption process of
these new technologies in the GCC...

Iraq suffering from leakage in the water resources, therefore it scourging it farmers to adopting new technologies in irrigation. The results showed that the variables (age of farmer, level of education of farmers and source of access to information)...

The Moroccan wheat sector: What if there is no more tariff protection?

This paper focusses on testing how a hypothetical elimination of tariffs to imported wheat coupled with changes in productivity would impact on the domestic wheat supply, prices and factor use in Morocco. Having one of the highest per capita wheat...

This paper provides a review of the agricultural extension system in Jordan, with a focus on strengths and constraints, as well as options for how to improve efficiency in service delivery and efficacy in outcomes. While public extension in Jordan...

The aim of this paper is to examine the impact of research, development extension (RD&amp;E) and climate change (measured in terms of change in rainfall) on the productivity growth of agriculture in Tunisia during the period 1970-2011, using output-based...

In light of both historical and contemporary (political) sensitivity on civil society movements, we chalk out a normative role for the Egyptian private sector, within contemporary systems of agricultural innovation, and tied to a desire for promoting...

Energy Consumption in Onion and Potato Production within the Province of El Hajeb (Morocco): Towards Energy Use Efficiency in Commercialized Vegetable Production

Energy use efficiency is a key requirement for sustainability in agricultural production, but often overlooked.
The aim of this study was to quantify the amount and efficiency of energy consumed in the production of onions
and potatoes in El Hajeb...

Impacts of Irrigation on Agricultural Productivity in Egypt

This paper investigates the impacts of the main primary production factors (e.g. seed, nitrogen, phosphorus, etc.), on the total production of the main crops produced in Egypt (cotton, berseem, maize, rice and wheat), with special emphasis on the...

We examine the determinants of migrants’ choices of destination, employment, and remittances from one of the poorest marginal dry areas in Syria. Qualitative and econometric analysis of cross-sectional data indicates that migrants’ choices depend...

Regional development in Tunisian livestock has been based mainly on segments rather than on an integrated system approach and a value chains concept. Even though efforts were made to improve production, livestock productivity is still low...

This article develops new estimates of historical agricultural productivity growth in Jordan. It investigates how public policies such as agricultural research, investment in irrigation capital, and water pricing have contributed to agricultural...

The present study was conducted in the province in AL Ghab region(Hama- Syria) during the 2010/2011 cropping season. A random sample of 103 farmers from spring potato farmers in the study area was used. The objective of the study is twofold: First...

This study aims to analyze the adoption perspectives of the Conservation Agriculture (CA) through the
recognition of the cautions and advantages of cereal Direct Seeding (DS) in semiarid high plains of Sétif
(Algeria). A survey covers a sample of 102...

Around 27% of aquifers in Tunisia are being overexploited. Groundwater extractions is mainly for the irrigation sector, where more than 40% of the water used for irrigation comes from GW sources. The objective of this study is to critically review...

Growth in Total Factor Productivity in the Egyptian Agriculture Sector: Growth Accounting and Econometric Assessments of Sources of Growth

This research aims to assess the Total Factor Productivity (TFP) of the whole agricultural sector in Egypt for the period 1961-2012 using Törnqvist index calculations. Particularly, it aims to investigate: (1) the most important factors explaining...

Impacts of Soil Salinity on the Productivity of Al-Musayyeb Small Farms in Iraq: An Examination of Technical, Economic and Allocative Efficiency

The objective of the study was to investigate how smallholder farm communities
could sustain economically viable agricultural production in the salt-affected areas of
Al-Musayyeb in ‘Central Iraq’. It aims at opening a new dimension to farmers and...

The objective of this paper is to calculate the total factors productivity (TFP) growth of the Tunisian agricultural sector, between 1961 and 2012, and to assess its main determinants. Data about agricultural inputs and outputs was collected for the...

Water-harvesting practices, which capture and concentrate surface runoff for crop or range
production, can help to re-establish the productive functioning of Jordanian Badia environments. The main objective of this study is to assess the rate of...

Salinization is a common problem for agriculture in dryland environments and it has greatly affected land productivity
and even caused cropland abandonment in Central and Southern Iraq. Hence it is of pressing importance to
quantify the spatial...

Measuring the economic impact of climate change on agriculture: a Ricardian analysis of farmlands in Tajikistan

We apply the Ricardian approach to analyse the economic impact of climate change on agriculture using the 2007World Bank
Tajikistan Living Standards Survey. The study analyses data of 2557 farm households in 166 villages across the 10 agroecological...

Technical Efficiency and Its Determinants in Food Crop Production: A Case Study of Farms in West Bank, Palestine

In this study, farm level technical efficiency (TE) and its determinants were
investigated. A stochastic Cobb-Douglas (CD) production frontier was used to provide
estimates of input-oriented TE for a sample of 100 rain fed farms in two Palestinian...

The paper describes value chain actors and institutional arrangements along value chains, and identifies major determinants of farmers’ decision making to work with middlemen/traders ‘jabbans’ (or cheese makers), and based on those identify short...

Genetic variation in feed efficiency may have a significant impact on sheep production in integrated crop livestock
farming systems in dry areas, where the shortage and poor quality of feed is widespread. Thus, the present study
was carried out to...

A comprehensive assessment of the Tunisian agricultural potential, production, natural resources
management and policies has been presented using SWOT (strengths, weaknesses, opportunities and threats)
analysis. Concerning the strengths of the...

Income, Education and Age effects on Meat and Fish Demand in Tunisia

The purpose of the study was to apply performance indicators on wastewater reuse in the Palestinian Territories
(Gaza) to assess on the impact of waste water and grey water projects on the ambient environment, labor costs
and consumers in terms of...

The Impacts of an Improved Technology Package on Production Efficiency: The Case of Wheat Farms in the Northern State of Sudan

Technical efficiency among wheat farms in the Northern State of Sudan was estimated using a
stochastic frontier production function approach. Empirical findings show that technical inefficiency is
important in explaining the variations in yield among...

Economic assessment of some technologies used in irrigated agriculture and their impacts on farmer’s livelihoods: Case of the Egyptian salt-affected soils farms

Salinity is a continuous challenge in Egypt because of the dry climate, and more salt being carried by the Nile River 35 a result of pollution, water shortage, seawater intrusion and human practices. Accumulation of excessive salt in irrigated soils...

In an economy such as Tmrisia where resources are scarce and opportunities to use new
technologies are limited, efficiency is a very important factor for productivity growth. Inefficiency studies
indicate the potential to raise productivity by...

Stochastic Production Frontiers and Decomposition of Output Growth: The Case of Citrus-Growing Farms in Tunisia

The aim of this paper is to investigate the relative contribution of technical efficiency, technological change and increased input use to the output growth of the Tunisian citrus growing farms using a stochastic frontier production function approach...