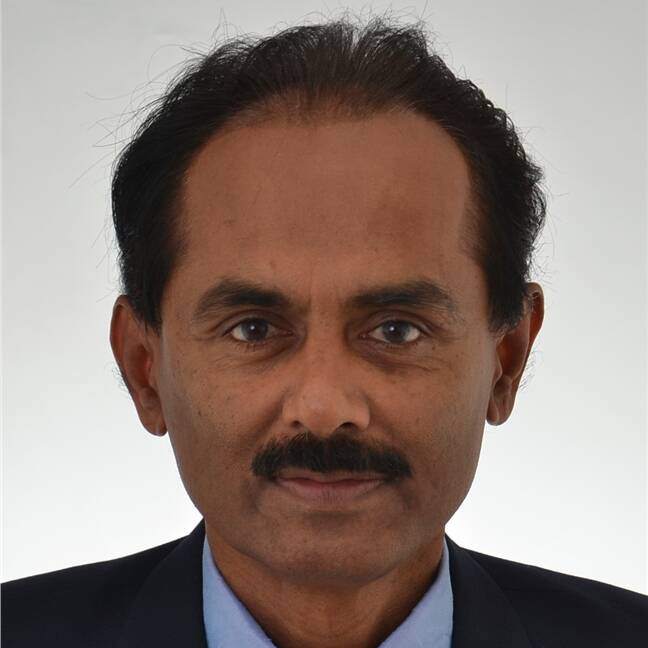 Sripada Udupa is a senior scientist (biotechnology) with over 25 years of experience using genomics and biotechnology tools for crop improvement. He helped to establish ICARDA’s biotechnology research and laboratory, and has been working with ICARDA in Morocco since 2006. He has authored more than 100 publications, including peer-reviewed journals, proceedings, and book chapters.

Udupa has developed strong partnerships with universities and national research systems in the Near East and North Africa regions, and with research institutions in North America and Europe. To support the genotyping of gene bank accessions, he is helping to assess diversity and to mine genetic resources for adaptive traits.

Udupa is contributing to the integration of doubled haploids technology and molecular marker tools to speed up varietal development in wheat and barley. Previously, he also worked on microsatellite marker development used in genetic mapping and analyzed the genetic diversity of chickpeas and lentils.

Co-Inoculation of Mesorhizobium ciceri with Either Bacillus sp. or Enterobacter aerogenes on Chickpea Improves Growth and Productivity in Phosphate-Deficient Soils in Dry Areas of a Mediterranean Region

Biological nitrogen fixation requires a large amount of phosphorus (P). However, most of
the soils are P-deficient and the extensive use of P- chemical fertilizers constitute a serious threat
to the environment. In this context, two field experiments...

A total of 14 Rhizobium strains were isolated from lentil accessions grown at the ICARDA
experimental research station at Marchouch in Morocco and used for molecular characterization
and symbiotic efficiency assessment. Individual phylogenetic...

Representative, broad and diverse collections are a primary resource to dissect genetic diversity and meet pre-breeding and breeding goals through the identification of beneficial alleles for target traits. From 2,500 tetraploid wheat accessions...

Lentil is a staple in many diets around the world and growing in popularity as a quick‐cooking, nutritious, plant‐based source of protein in the human diet. Lentil varieties are usually grown close to where they were bred. Future climate change...

In this study, we characterized 30 date palm trees of Khalas cultivar from the GCC countries, along with seven male trees from Qatar, using 14 microsatellite loci. The results showed that the microsatellites [(GA)n] in the date palm cultivar Khalas...

Functional Dissection of the Chickpea (Cicer arietinum L.) Stay-Green Phenotype Associated with Molecular Variation at an Ortholog of Mendel’s I Gene for Cotyledon Color: Implications for Crop Production and Carotenoid Biofortiﬁcation

“Stay-green” crop phenotypes have been shown to impact drought tolerance and nutritional content of several crops. We aimed to genetically describe and functionally dissect the particular stay-green phenomenon found in chickpeas with a green...

Intercropping has been proposed as a useful strategy for reducing external inputs in cereal-based cropping systems, while maintaining adequate crop yield. Intercropping of wheat and subclover, implemented as living mulch, is recommended, but there is...

The Mediterranean region has a rich history of domestication and cultivation of lentil (Lens culinaris Medik.). Landraces have been grown and repeatedly selected by local farmers under different agro-environments. Characterization of molecular...

Glutenin is a major protein fraction contributing to the functional properties of gluten and dough. The glutenin constitutes 30–40% of the protein in wheat flour and about half of that in gluten. It is essential to identify correct glutenin alleles...

A chickpea simple sequence repeat (SSR) marker reference kit has been developed based on the
genotyping of the global chickpea composite collection (3,000 accessions) with 35 SSR markers.
The kit consists of three pools of chickpea accessions along...

Broomrape represents one of the most intractable parasitic weed problems for faba bean in Mediterranean region. It causes enormous yield losses, and few control measures are effective. Recently, a novel strategy based on parasite-induced expression...

Physiological and Genetic Diversity in Rhizobium sullae from Morocco

Sulla is an important forage legume in the northern parts of Morocco and has a significant role in minimizing soil erosion. Sulla consists of two species Hedysarum coronarium L. and H. flexuosum L and both are well adapted to marginal areas where...

Date Palm is a major environmental and economic factor in arid climates in many countries around the world. Microsatellite markers have been proven to be very powerful in plant genome analysis because they are locus-specific, codominant, highly...

Development of a reliable in vitro regeneration protocol is necessary to facilitate genetic transformation of faba bean. However, leaching of phenolics from the explants of most genotypes of faba bean to the culture medium causes browning, and...

Ascochyta blight is an economically important disease of chickpea caused by the fungus Ascochyta rabiei. The fungus shows considerable variation for pathogenicity in nature. However, studies on the genetics of pathotype-specific resistance are not...

Microsatellites, very short tandemly repeated DNA sequences, are being extensively used in evolutionary genetics and molecular breeding of crop plants, because of their high degree of allelic variability, which is presumably caused by a high rate of...