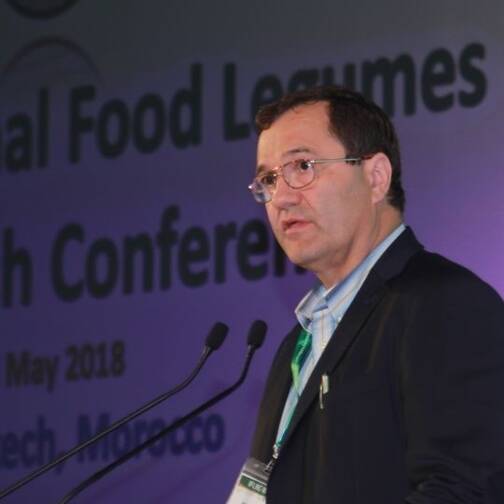 Dr. Michael Baum is director of ICARDA’s Biodiversity and Crop Improvement Program, which comprises 30 scientists and 67 technical staff whose work ranges from crop breeding and cereal and legume pathology to virology and pollinators. Since joining ICARDA in 1992 as a biotechnologist, he has overseen ICARDA’s biodiversity and crop management work in a number of countries across the Middle East and North Africa.

Dr. Baum has been instrumental in establishing ICARDA’s partnerships with global research institutes, including the Centre for Biotechnology in Tunisia; Hannover and Frankfurt University in Germany; Cornell University in the United States; the Australian Center for Plant Functional Genomics; and other CGIAR centers. He has attracted over $10 million in funding to build ICARDA’s biotechnology program and strengthened biotech research across the dry areas.

Dr. Baum has published over 110 peer-reviewed journal articles, 30 book chapters, and 40 conference papers. He was also guest professor at Ghuangzhou University, China, between 2009 and 2012, and received the ‘Frosty Hill Fellowship’ from Cornell University in 2000. Throughout his career, he has supervised scores of post-doctoral fellows and Ph.D. students. Dr. Baum holds a Ph.D. in plant breeding and cytogenetics from the University of Göttingen in Germany.